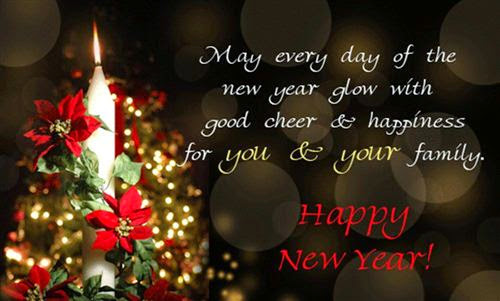 
The Mysuru All India Conference has taken a historic decision to strengthen working class unity. This is the time when greater unity has to be built to settle the wage revision, pension revision and to safeguard BSNL from the attacks of the government. Revival of BSNL is our historic task. Without unity, we cannot achieve all these. This is not the time to quarrel among us on petty issues. This is not the time to test who is bigger and who is smaller. Particularly, the unity of the two recognised unions- BSNLEU and NFTE- is the need of the hour. The Mysuru All India Conference deeply deliberated this. Finally, the Conference decided to get the Recognition Rule modified, to strengthen unity. As per the Non- Executives’ Recognition Rules, if the first union gets 50% votes or more, than the second union will not get recognition. The Mysuru All India Conference has unanimously passed a resolution, demanding that this clause should be removed. We are hopeful that this will pave the way for closer coordination and understanding between the BSNLEU and NFTE- the two major trade unions of BSNL
இடுகையிட்டது Unknown நேரம் முற்பகல் 8:28 கருத்துகள் இல்லை: 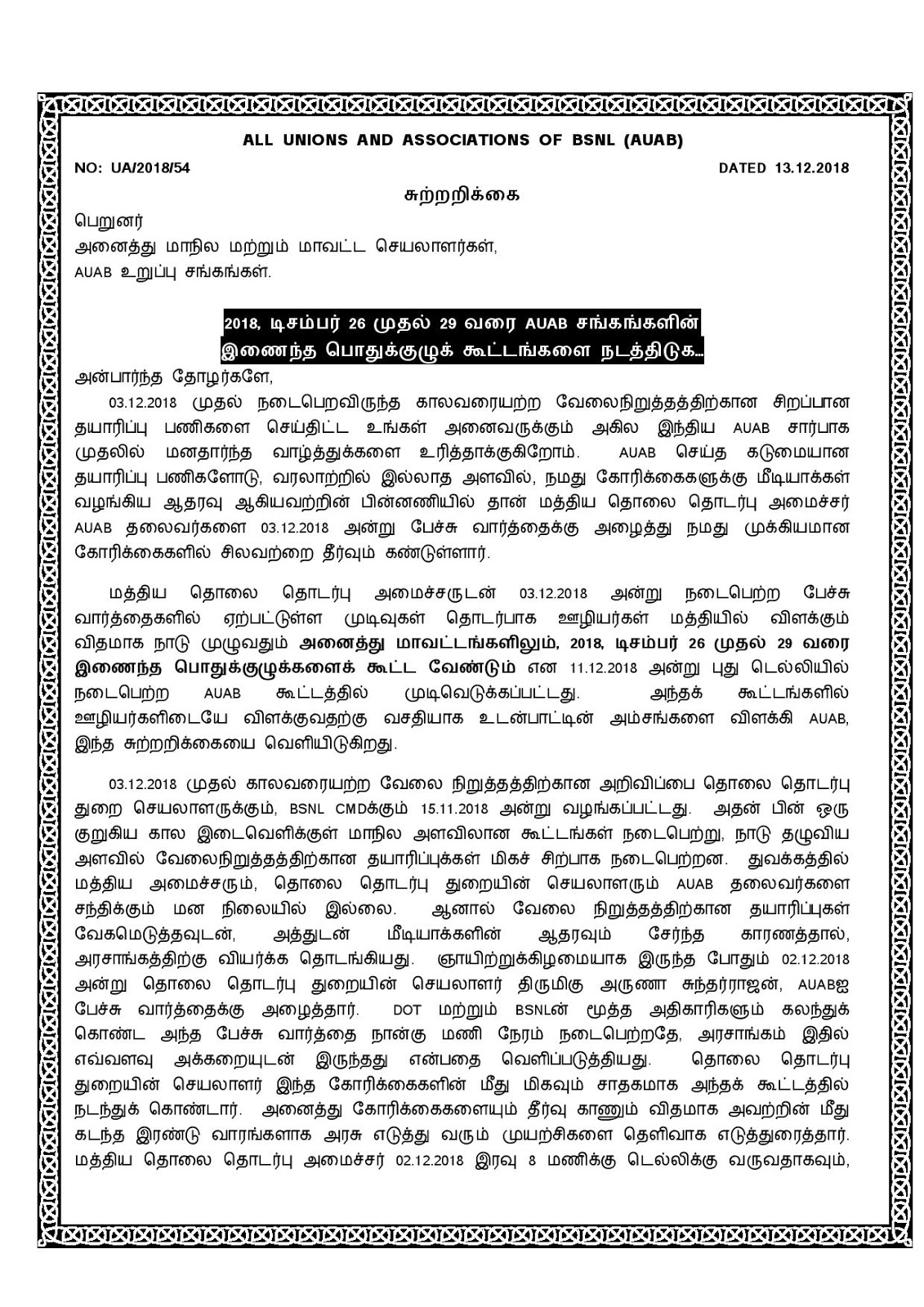 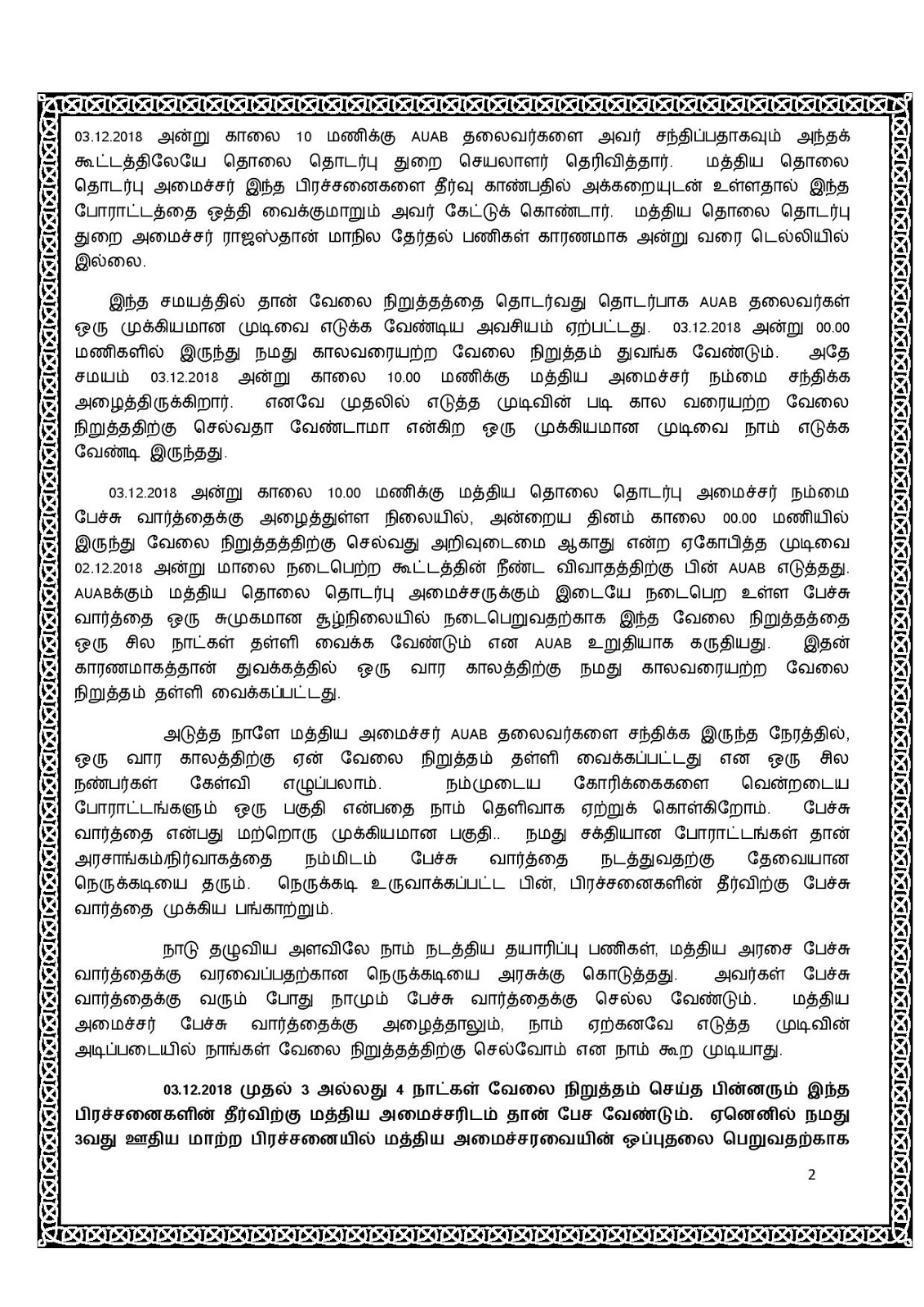 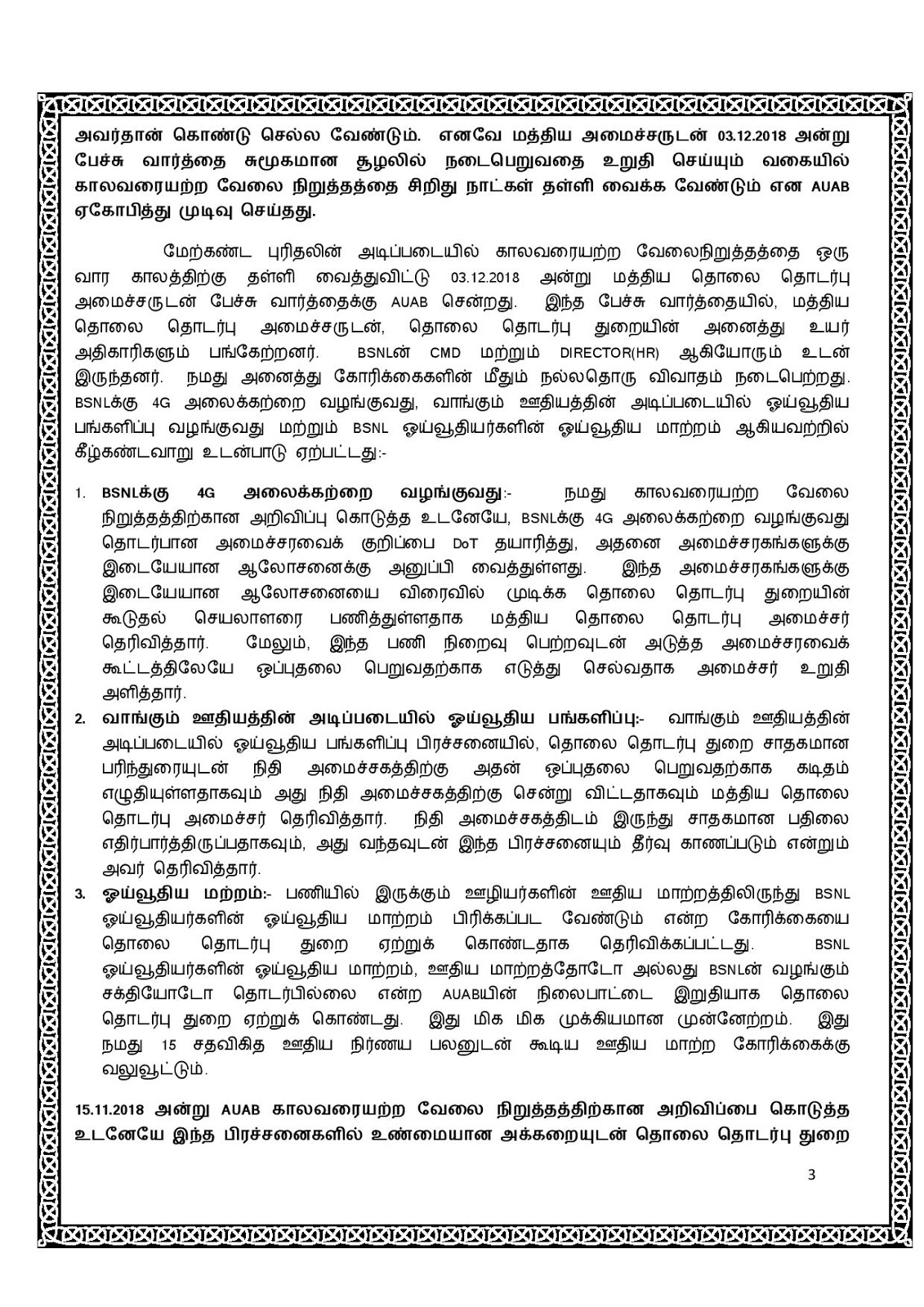 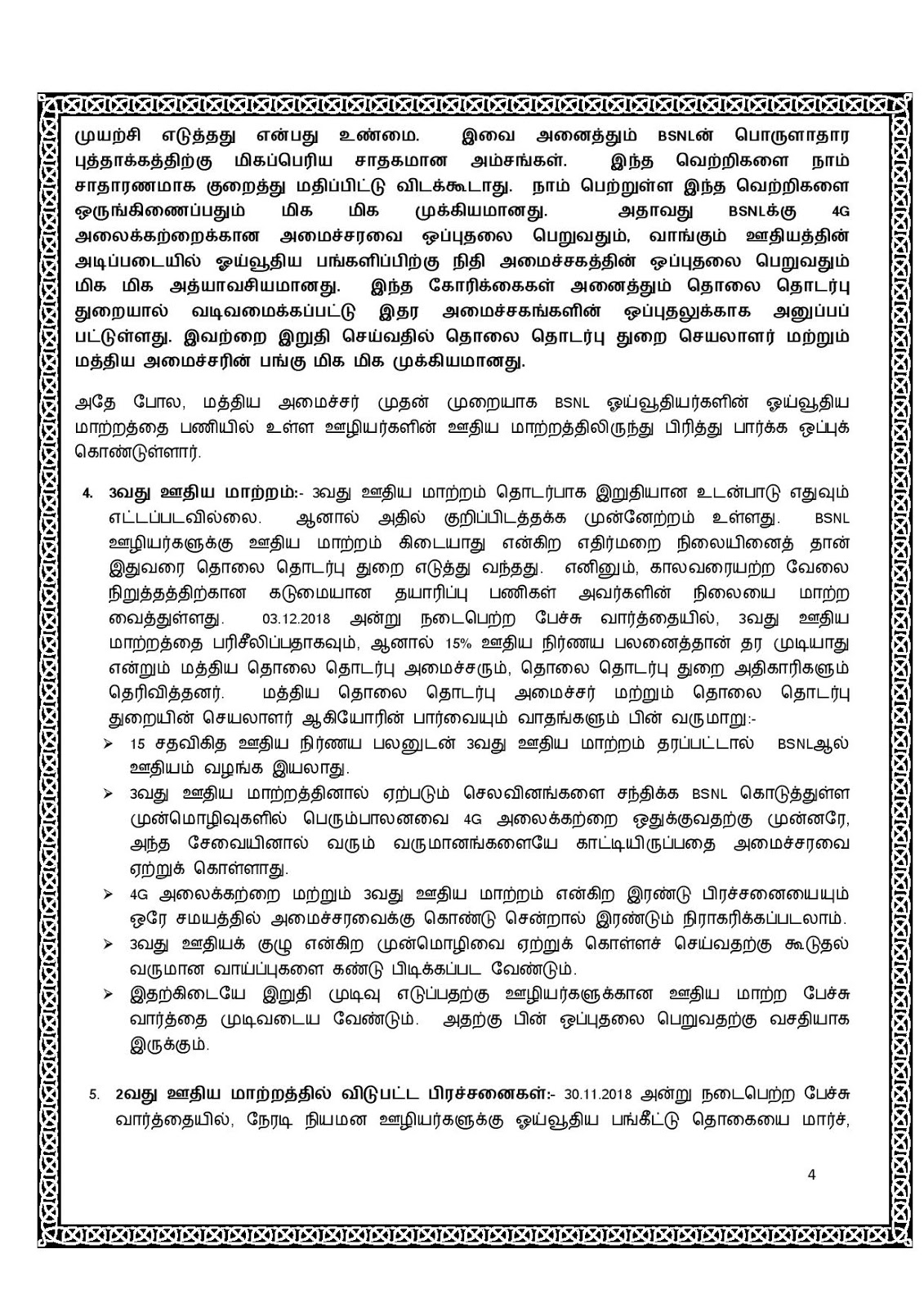 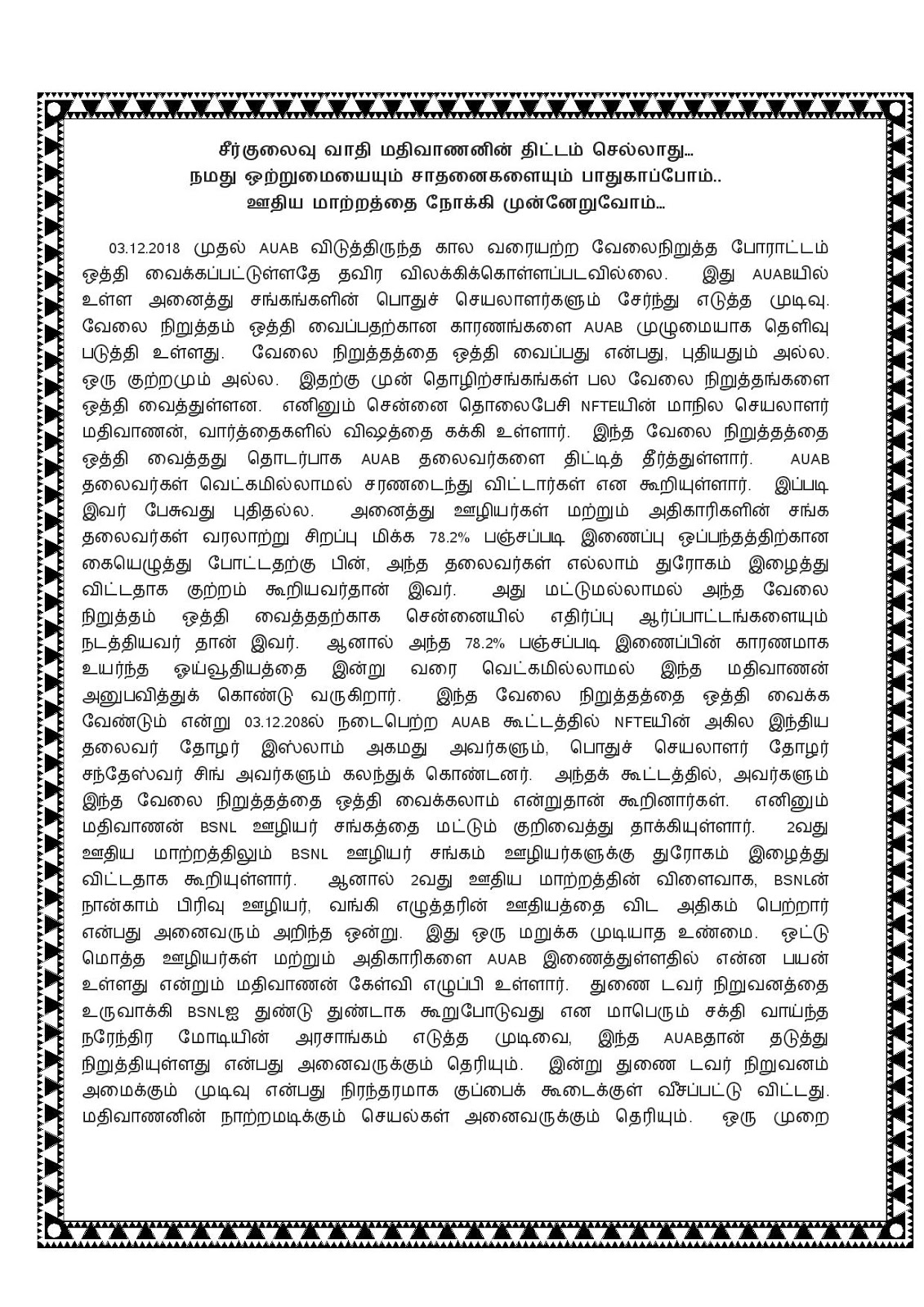 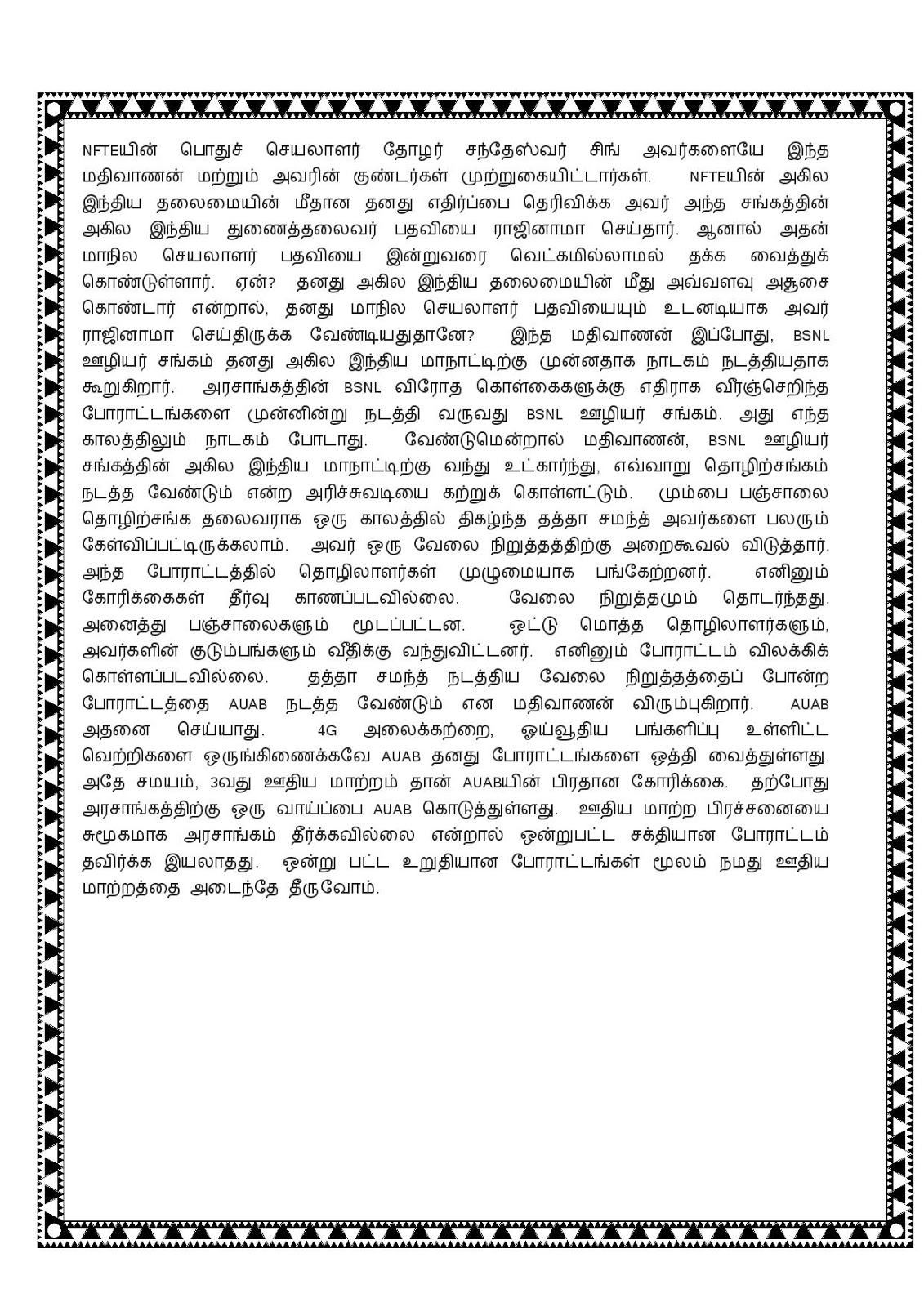 DISRUPTOR MADIVANAN- WILL NOT SUCCEED… WE SHALL CONSOLIDATE OUR UNITY AND ACHIEVEMENTS AND MARCH AHEAD FOR WAGE REVISION REPLY TO DISTRUPTOR MADIVANAN, CS NFTE CHENNAI 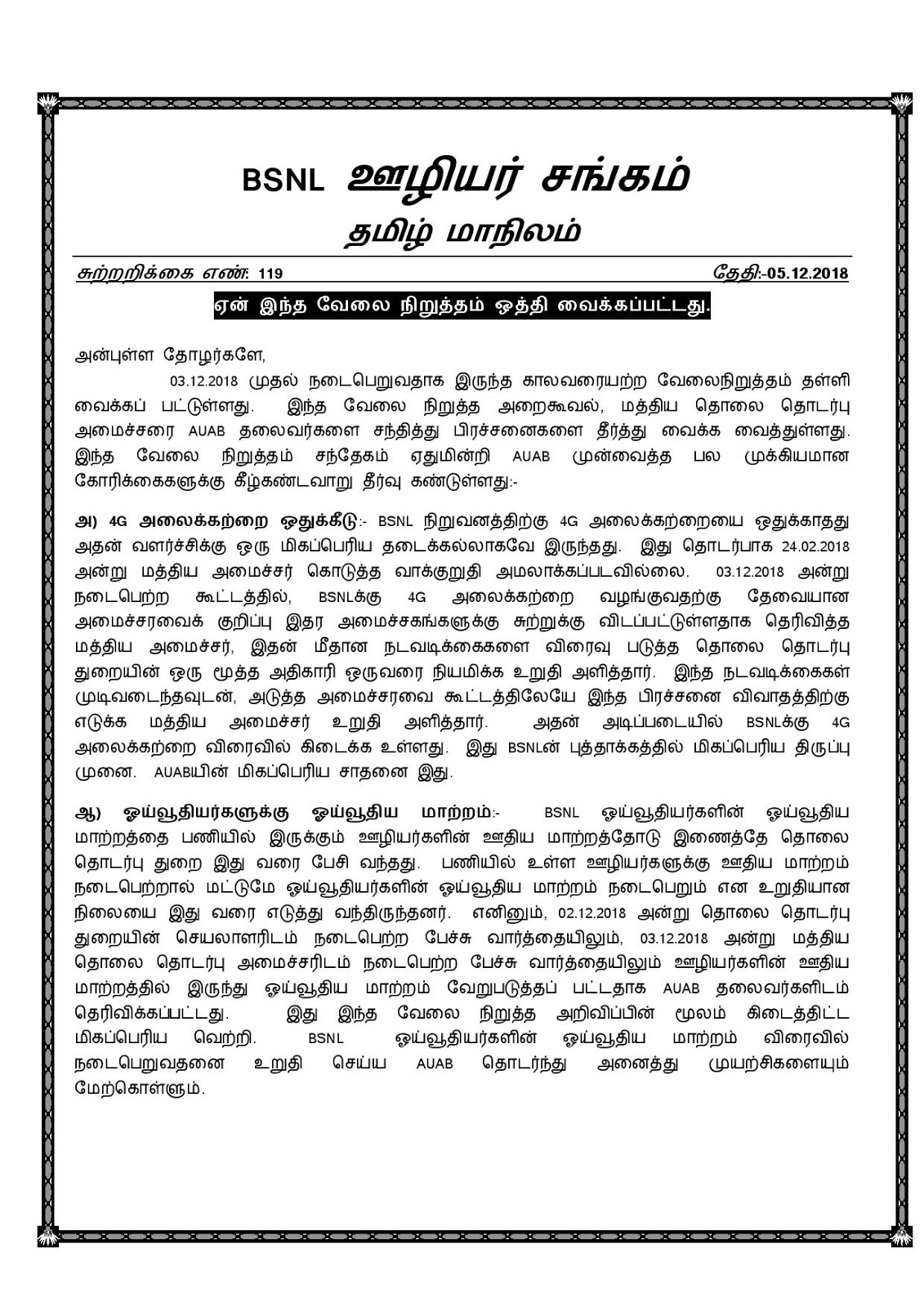 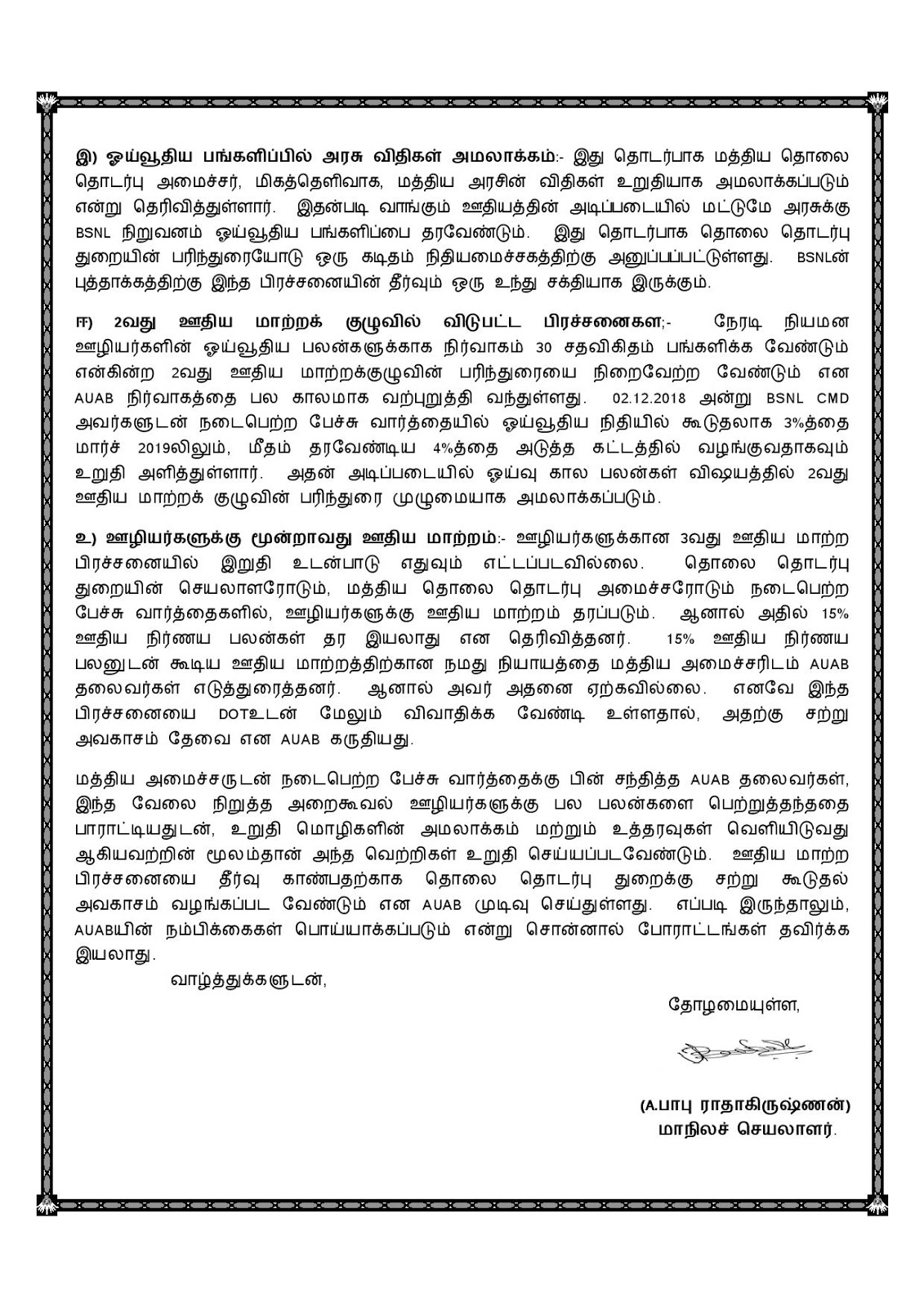 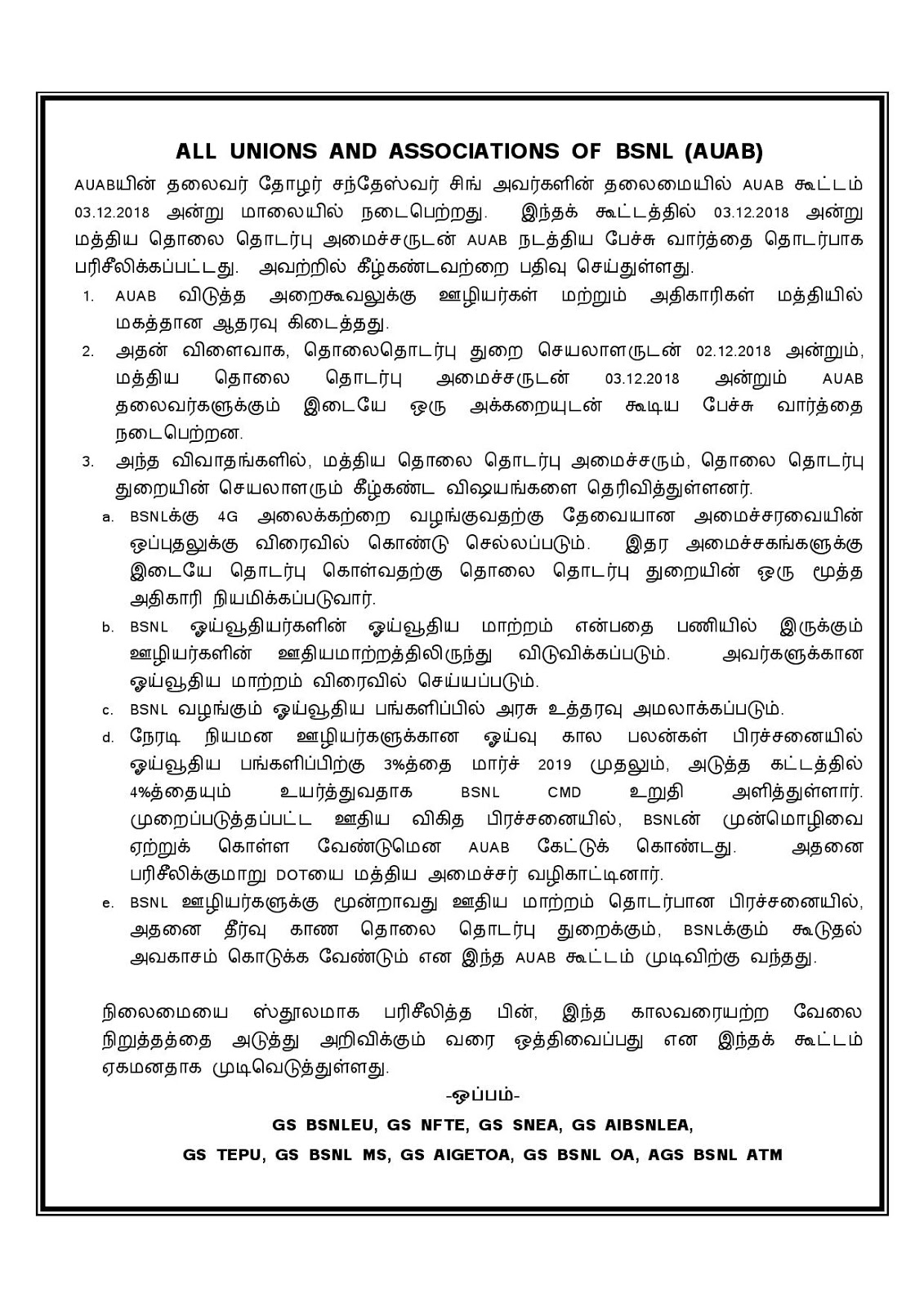